Integrites has successfully represented the interests of AKW Ukrainian Kaolin Company before the Antimonopoly Committee of Ukraine regarding an alleged infringement by the rail operator in the Vinnytsia region of Ukraine.

According to Integrites, “the delivery of kaolin from the UKC production site is carried out by rail. Since 2018, the rail operator Kyiv-Dniprovske MPPZT, PrJSC has unreasonably overpriced UKC’s access to the railway sidings and conducted ultimatum-like negotiations. Having no alternatives to deliver its products to the public rail tracks, UKC filed a claim on abuse of dominance by the opponent to the AMCU. On October 22, 2020, the Provisional Administrative Board of the AMCU recognized Kyiv-Dniprovskiy MPPZT, PrJSC as a monopolist, imposed UAH 7 million fine, and prescribed to terminate the violation.”

AKW Ukrainian Kaolin Company is a part of the German Quarzwerke Gruppe which extracts kaolin in the Vinnytsia region and exports it to more than 50 countries. 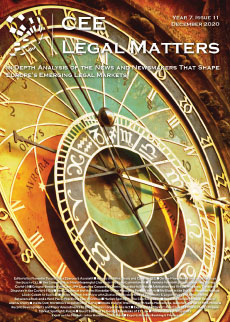