Kosovo does not have gas market access, infrastructure, or any supplies of natural gas thus far. However, the current legislation provides significant benefits for companies that invest in Kosovo, as long as those investments are related to the renewable energy sector.

The lack of the above mentioned is also reflected in the lack of legislative developments in the area of oil and gas, as it does not constitute a need in the market. There was an initiative presented in October 2021, however, the Kosovo Government rejected the US-backed initiative to connect Kosovo to the Trans-Adriatic Pipeline which was supposed to come from Greece and North Macedonia. This rejection raised many issues in terms of Kosovo’s future in energy, as the energy supply currently comes from coal power and import.

In terms of feasibility, the Strategy for the Heating System (Strategy) conducted by the Ministry of Economy for the years 2011-2018 states that Kosovo has no functional natural gas distribution and transmission infrastructure. However, there is an underground pipeline, which supplied gas to smelters in Skopje, Ferronikel, Trepca, Llamkos, and Termokos from the lignite gasification facilities of former the Kosovo Electro-Economy Enterprise’s Working Unit Energy and Chemistry. The designed operative pressure of this gas pipeline was 25 bar, with annual capacities of 480 million normal cubic meters. The gas pipeline is severely damaged in certain sections however and its general state was never assessed in more detail.

Through this Strategy, the Ministry of Economy and the Government have recognized the need for the development of a legal and regulatory framework aiming at the development of the gas sector through private investments. However, this has been in deadlock for the past years.

As Kosovo does not have natural oil or gas reserves, the legal infrastructure in this line is very limited and it is focused mainly on the legal framework for the transmission, distribution, supply, usage, and storage of natural gas in terms of when it comes applicable. Currently, as Kosovo is not part of any oil or gas pipeline, a broader regulation of the sector in terms of legislation was not encouraged.

The Administrative Instruction No. 08/2017 On Security Of Supply Of Natural Gas is the only applicable legislation adopted in line with the Law on Natural Gas and it set out the measures to safeguard the security of supply of natural gas and rules related to such adequate safeguards for security of supply, thereby ensuring proper and consistent operations of the internal natural gas market.

There are no percentages applicable in regards to the oil and gas production as there is no connectivity to such pipelines to be used. However, when it comes to energy import and export, in 2020, there was a 13.61% (839,209 megawatt-hours) import participation on the overall energy demand in Kosovo, which showed a reduction in imports compared to the preceding years. On the other hand, 443,997 megawatt-hours of energy were exported during 2020. The export/import was done via interconnectors with the neighboring countries.

In addition to the preferential conditions offered to foreign investors in general, as set forth by the Law on Foreign Investments, the Government of Kosovo recognizes a special status for the projects of the energy sector. The Government allocates the highest national significance to such projects, especially in terms of permit-granting processes and related issues. Additionally, in cases where investments include higher risk than the usual projects, the Energy Regulator ensures that the system operator and system users enjoy relevant incentives both, in the long term, and the short term.

A one-stop-shop for renewable energy sources has been established within the Ministry of Economy. Its competencies mainly include following the development of investments in the field of renewable energy projects, regular communication with interested potential investors, tracing the progress of investments, and facilitating this whole process. However, this one-stop shop is not yet in function but it is meant to be finalized in the short term.

Kosovo is a contracting party of The Energy Community Treaty, As a result, it has received many international donors’ funding when it comes to regulating the infrastructure and ensuring the independence of the energy. In line with this, the below agreements were ratified by Kosovo;

As a result, the Cooperation Agreement between the Government of the Republic of Kosovo and Council of Ministers of Albania on the exchange and/or allocation of regulatory reserve between the transmission system operator (OST j.s.c) and Transmission System and Market Operator (KOSTT j.s.c.), entered into force in 2020, for Kosovo to become part of the European part.

The regulatory policy on oil & gas is only slightly affected by the international agreements stated above. Internal laws, administrative instructions, and regulations are the main bodies of law that regulate this policy in Kosovo.

Government authorities that are responsible for the regulation of oil & gas exploration in Kosovo include: The Ministry of Economic Development, The Ministry of Industry, Entrepreneurship and Trade, the Energy Regulatory Office (ERO), and the Secretariat of the Energy Community.

On the other hand, the Ministry of Trade and Industry in Kosovo has proposed the draft Law on Compulsory Oil Stocks, aiming to regulate the necessary procedures for interventions in case of a severe shortage of petroleum products in the market of Kosovo. This law was designated to be approved by the Assembly of the Republic of Kosovo in 2021, but its approval is still pending.

However, the exploration of oil and gas is not regulated due to a lack of natural resources.

3.3. Stages of the exploration process

3.5. Risks to be considered

Kosovo has adopted the Law on Natural Gas, but as it does not have the natural resources or the infrastructure until now to produce, the law regulates only the transmission, distribution, supply, usage, and storage of natural gas.

4.3. Stages of the production process

4.5. Risks to be considered

5. TERMINATION OF PRODUCTION OF OIL & GAS

6.1. International treaties to which the jurisdiction is a party

The Administrative Instruction (Mti) Nr. 06/2019 on Technical Requirements for Import, Storage, Wholesale and Retail Sale Of Petroleum Fuels and Cleaning Of Tanks states that entities dealing with import or wholesale of the petroleum fuels, besides the general requirements for licensing, are obliged to fulfill the following requirements:

The Law on Natural Gas establishes the framework of the gas transmission and distribution network. According to this law, the Government of the Republic of Kosovo selects legal persons as candidates for transmission and storage system operators. These operators are, then, required to apply for a license to the regulator within 60 days from the selection day. If the operator is certified by the regulator, it is then approved and designated by the Government of Kosovo. The same procedure applies to the distribution of natural gas as well.

All companies interested in dealing with oil and gas trading need to apply for a license for operation. Such a procedure is regulated with the Administrative Instruction (Mti) No. 06/2019 On Technical Requirements For Import, Storage, Wholesale, And Retail Sale Of Petroleum Fuels And Cleaning Of Tanks. All licensed companies, need to comply with the regulation especially when it comes to quality and safety.

One of the biggest initiatives which are currently in the process and will make significant changes in the sector is the new draft law on Trade with Petroleum Products and Renewable Fuels In Kosovo which aims to regulate in a more detailed manner the oil sector. Furthermore, it will establish the Department for Petroleum Market Regulation which will be responsible for oil market regulation, petroleum products, and renewable fuels, including import, storage, wholesale, and retail trade, production, processing, through administration of permits for these activities in Kosovo. Lastly, it will treat the production part which before in the current law has not been included.

All agreements between two or more independent enterprises are prohibited, decisions made by business associations and concerted practices that aim or may significantly influence on disturbance of market competition in the relevant market, and in particular, the ones that:

a) directly or indirectly impose purchase or sale price or any other condition in trade;

b) limit or control production, market, technological development, and investments;

d) implement unequal conditions for similar transactions with other enterprises, consequently placing them in an unfavorable competitive position;

e) apply conditions for agreements on contracts to rely on other contracting subjects, through other supplementing conditions that do not have any natural or common trade practice connection to the object of such contract.

The Law on the Protection of the Competition covers in Article 4 prohibited agreements which include but are not limited to directly or indirectly imposing a purchase or sale price or any other condition in trade; limiting or controlling production, market, technological development, and investments; sharing markets or supply sources; implementing unequal conditions for similar transactions with other enterprises, consequently; placing them in an unfavorable competitive position, etc.

As a result, the KCA can disapprove and not allow such a merger to occur in case it falls under prohibited agreements as set forth in Article 4. However, there are exemptions and allowances under Chapter III of the law, which the company should request approval from the KCA.

Obtaining a decision for the request sent to the KCA is within 30 days of the submission of the request. While appealing the decision of the KCA, the procedure takes place within the competent court.

The Law on Natural Gas does not include provisions applicable to a stability clause. However,  if the company is a foreign one the Law on Foreign Investments in its Article 11 - Armed Conflict and Civil Disturbance stipulates that, in cases where a foreign investor suffers loss as a result of violence that is related to the political or economic situation, can request for compensation as set forth in Article 8 of the same law. The amount of such compensation shall be equal to the fair market value of the concerned losses and expenses, determined as of the date they were incurred

In Kosovo, all disputes are treated by the basic courts unless arbitration is chosen by the parties as a mechanism for dispute resolution. Furthermore, there is no specific procedure or a department within the court which applies to the issues raised by the oil and gas sector.

However, depending on the nature of the dispute the case is treated by the respective department within the court which includes the economic, fiscal, administrative, or general departments.

Kosovo is not a member of the United Nations, therefore it is not a signatory nor has ratified the New York Convention on the Recognition and Enforcement of Foreign Arbitral Awards. However, Kosovo unilaterally adopts the New York Convention, when it comes to recognizing and enforcing the decisions which are recognized by it. Furthermore, a provision of recognition and enforcement are included in the Law on Arbitration, which is applicable to the case at hand.

There are no difficulties in enforcing such a decision, however, difficulties can occur in case the decision is disputed by the other party in the proceeding. However, there are numerous cases against government authorities that were awarded to companies.

To date, there are no cases of foreign companies when it comes to the oil and gas sector awards against state authorities. As stated above the oil & gas sector is not developed to the desired stand therefore also the cases in front of domestic courts remain low.

The main cases in front of domestic courts, when it comes to companies dealing with oil trading are in regards to licensing, quality, and tax/customs. 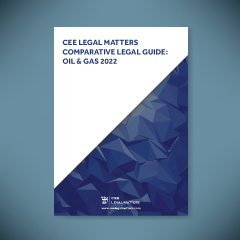 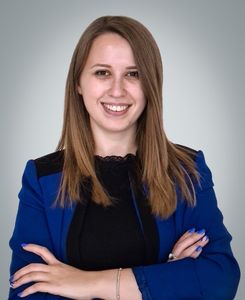 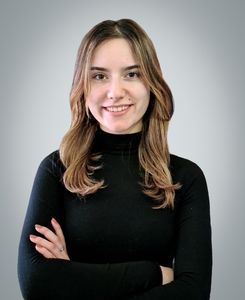