a. What are the requirements in your jurisdiction to consider a document to be in writing? Are there any formal/technical requirements?

b. Are electronic documents [e.g., an email] per se considered to be in writing under your law?

The above-mentioned methods of affixing a handwritten signature by means of electronic devices are part of the written form, not part of the electronic form. However, this is not reflected in the validity of the document as the legislator in Article 781 of the Civil Code has given the electronic form the same power as the written form. However, it should be noted that the legislator’s understanding of electronic form differs from the colloquial one. A document filed in the form of an email, although undoubtedly electronically structured, will be noted as a documentary form, considered to be the least stringent form. In Article 772 of the Civil Code, the legislator defined the requirements of the documentary form, stating that it must make it possible to identify the person making the declaration. In the following article, it also emphasized that this form must also allow the content of the declaration of intent to be reconstructed. Thus, it can be a text message as well as an email or a completed web form. This is the form in which most contracts are concluded, including those noting the seller-consumer relationship. However, it should be borne in mind that unless the legislator provides otherwise, it is up to the parties to the contract to decide on the form in which it will be concluded. The choice of form is binding and carries certain consequences, such as the necessity to maintain a given form in the event of changes to the document. Thus, if the contract has been concluded in written form or is required by the Polish legislator, it will not be possible to amend the contract by means of the documentary form, unless it meets the requirements of the higher form. For a contract drawn up electronically to have the force equivalent to the written form, it must be signed with a qualified electronic signature. Such a signature, according to the eIDAS Regulation (Regulation 910/2014 of the European Parliament and of the Council), must be made using a qualified device and which is based on a qualified electronic signature certificate issued by an authorized provider. In Poland, there are currently no provisions that would stipulate the invalidity of a legal act in the event of failure to comply with the electronic form.

c. What probative power paper and/or electronic documents have that are to be considered in writing?

As mentioned above, a distinction must be made between the two forms of contract – the agreement in a written document form and the agreement in an electronic form. Where a written or electronic form is reserved for evidentiary purposes, a contract drawn up in the form of a document may have negative consequences in terms of its evidentiary value. The Civil Code sets certain limitations in this respect. If the written form was reserved only for evidentiary purposes, evidence from witnesses becomes inadmissible if a specific form was not observed, except for a situation when both parties agreed to it, it is demanded by a consumer in a dispute with a trader, or the fact of an action is substantiated by a document. Such a document may be, for example, a letter, a proof of payment, or a text message. Obviously, failure to observe a specific form, which was reserved exclusively for evidentiary purposes, does not render the agreement invalid. Importantly, in the case of contracts concluded between entrepreneurs, failure to observe a specific form, including the written form, does not result in evidentiary limitations. This is due to the nature of business dealings, which is undoubtedly dynamic and requires both parties to the dealings to be on an equal footing.

d. What are the general rules and requirements to conclude a contract electronically?

In order to conclude a contract electronically (in documentary form), all the conditions required for documentary form must be met. This means that it must meet two prerequisites: it shall be in a fixed form that allows the declaration of intent to be reproduced and it shall note the identification of the person making the declaration of intent. When entering this type of contract, it should be noted that if the identity of the person making the declaration of will is not undisputed, it requires proof. This is because in Polish legislation there is no legal presumption of the authenticity of a document. However, the fact that a document was sent, for example, from a given email address does not mean that it was sent by a specific person. This is because there is a risk that the phone or account of a given user has been intercepted. This means that such a factual presumption can be overturned. Nevertheless, any form of contract that fulfills the above-mentioned prerequisites shall be deemed valid, unless otherwise provided by law.

Of course, a contract can also be concluded via the means of electronic communication and still be equivalent to a contract concluded in writing – if it has been signed with a qualified electronic signature (as explained above).

There are no such sector-specific rules but there are regulations concerning specific types of contracts. For example, the sale or lease of an enterprise should be made in writing with signatures certified by a notary and the agreement obliging to transfer the ownership of the real estate should be concluded in the form of a notarial deed. Some contracts have to be concluded in written form, under pain of nullity – these are for example contracts limiting an agent’s activities of a competitive nature for the period after the termination of the agency contract or contracts on the transfer of proprietary copyrights.

a. Are there any laws regulating the use of digital signatures in your jurisdiction?

As already mentioned, the use of digital signatures in business transactions is mainly determined by the Civil Code when it concludes contracts. The procedural framework related to the activity of qualified certificate providers is determined by the Act of September 5, 2016, on trust services and electronic identification together with the aforementioned eIDAS Regulation. The trusted profile, which is a publicly accessible advanced electronic signature, is regulated by the Regulation of the Minister of Digitalization of June 29, 2020, on trusted profiles and trusted signatures. This regulation governs related to the issuance, extension, and cancellation of a Trusted Profile, as well as the conditions for signing with it.

b. Is there any difference between the different types of digital signatures in your jurisdiction?

c. What probative power each type of digital signature has in your country?

The probative power of an advanced and qualified digital signature is analogous to that of an electronic form.

d. Are there any specific groups of people that are required to have digital signatures [e.g., attorneys, notaries, government officials, etc.]?

There is no general obligation to have an electronic signature for a specific professional group. The exceptions are certain entrepreneurs and accounting offices, as well as, for example, MDs. However, this obligation does not derive from a specific regulation, but from the need to use systems that require a digital signature to authenticate identity. Entrepreneurs who are commercial law companies, as well as, for example, associations and foundations, are obliged to note the information on beneficial owners in the Central Register of Beneficial Owners, which requires a digital signature to accompany the notification. MDs, on the other hand, must have a digital signature, or a certificate issued by the Social Insurance Institution confirming their identity, to authenticate their identity when preparing the Electronic Medical Record.

Electronic seals, once the relevant requirements – similar to those for signatures – have been met, are recognized as valid, analogous to signatures.

There is no general regulation mandating the digital archiving of documents. However, there are several industries that are introducing electronic document filing systems. Digital circulation and archiving of documents have been introduced, among others, between payers and the tax office (tax forms submitted to the tax office) and in the health care system, through the introduction of the Electronic Medical Records system. Changes for entrepreneurs related to the obligation to keep accounting records will come into force between 2024 and 2026.

b. What are the main legal and technical requirements to digitally archive documents?

c. Is there any difference in your country’s regulations between the digital archiving of paper and electronic documents?

In the case of digital archiving of paper documents, if they have handwritten signatures, copies of the originals should be archived as well. It should also be ensured that access to electronic-only documents is as free as it is. in the case of traditional archives and ensure that they can be printed when needed (e.g., in case of an audit).

d. Is any third party required to participate in the process of digital archiving in your country [e.g., a trusted service provider, government / administrative bodies, etc.]?

There are no such requirements.

e. Are there any sector-specific requirements and rules for digital archiving [e.g., archiving both the software and the related data to retrieve information in the financial sector]?

No such sector-specific requirements. 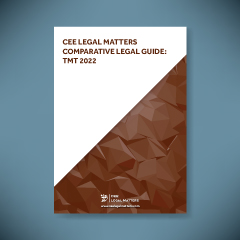 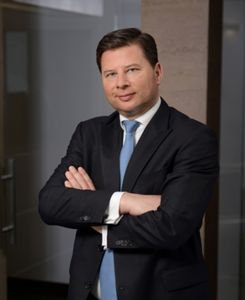 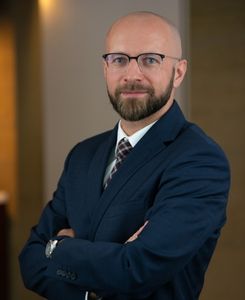 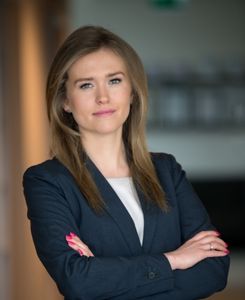