In what Shearman & Sterling calls "an historic arbitral award,” on July 18, 2014, an Arbitral Tribunal sitting in The Hague held unanimously that the Russian Federation had breached its international obligations under the Energy Charter Treaty by destroying Yukos Oil Company and appropriating its assets.

The Tribunal awarded the claimants just under half of their USD 114 billion claim. Shearman & Sterling represented the successful claimants, the majority shareholders of Yukos, while lawyers from Baker Botts and Cleary Gottlieb represented the Russian Federation. 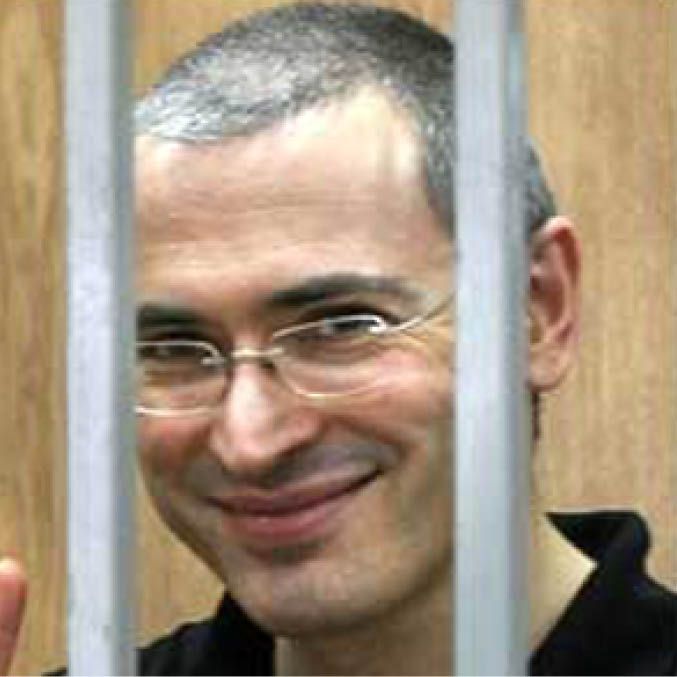 In 2003, when the events underling the arbitration occurred, Yukos was the largest oil company in Russia in terms of daily crude oil production. It had around 100,000 employees, six main refineries and a market capitalization of about USD 33 billion. It was controlled by Mikhail Khodorkovsky (foto), until he was arrested at gunpoint in 2003 and convicted of theft and tax evasion in 2005. The company, once worth USD 40 billion, was broken up and nationalised, with most assets handed to Rosneft, a company run by Igor Sechin, an ally of President Vladimir Putin.

Shearman & Sterling filed its claims in October 2004, and the arbitration started in February 2005. On November 30, 2009, the Arbitral Tribunal — sitting under the auspices of the Permanent Court of Arbitration — issued a decision on jurisdiction, holding that the Russian Federation was bound by the ECT by virtue of its provisional application (despite the fact that the Treaty had not been ratified by the Russian Duma), and that the claimants were protected investors under the ECT.

The Tribunal ordered the Russian Federation to pay damages in excess of USD 50 billion to the subsidiaries of the Gibraltar-based Group Menatep (which now exists as the GML holding company), which controlled Yukos. The Tribunal also ordered the Russian Federation to reimburse an additional USD 60 million in legal fees (which Shearman & Sterling estimates as constituting 75% of the fees incurred in the proceedings), and EUR 4.2 million in arbitration costs. The Tribunal also held that the claimants will be entitled to post-award interest if the Russian Federation fails to pay the amounts due by January 15, 2015. According to Shearman & Sterling, “this is by far the largest award ever rendered by an arbitral tribunal.”

The award will be shared amongst the shareholders, including Russian-born Leonid Nevzlin, a business partner of Khdorovsky’s, who fled to Israel to avoid prosecution. He has a stake of around 70 percent. The other four ultimate beneficial owners, each of whom owns an equal stake, are Platon Lebedev, Mikhail Brudno, Vladimir Dubov, and Vasilly Shaknovski.

“The award is final and binding, and is now enforceable in 150 States under the 1958 New York Convention on the Recognition and Enforcement of Foreign Arbitral Awards,” said Yas Banifatemi, International Arbitration Partner in charge of the Shearman & Sterling Public International Law practice. (Despite this, Russian Foreign Minister Sergei Lavrov has said that Moscow would most likely appeal the decision).

“This award is a major victory for us. After intense scrutiny, the Tribunal confirmed what the Claimants have been saying all along, namely that Yukos was destroyed, and its assets expropriated, for political reasons,” said Tim Osborne, director of GML.

According to Emmanuel Gaillard, Head of Shearman & Sterling’s International Arbitration Group, “this is a great day for the rule of law: a superpower like the Russian Federation is held accountable for its violations of international law by an independent arbitral tribunal of the highest possible calibre.”

The Tribunal was chaired by Yves Fortier, formerly Canada’s Representative on the UN Security Council and President of the Council. The Russian Federation appointed Judge Stephen Schwebel, former President of the International Court of Justice, and the Claimants appointed Dr. Charles Poncet, Partner at CMS von Erlach Poncet, in Geneva.

The proceedings involved a ten-day hearing on jurisdiction and admissibility in 2008 and a 21-day hearing on the merits in 2012, attended by over 50 party representatives as well as fact witnesses and experts. The parties’ written submissions exceeded 6,500 pages and the transcript of the hearings is over 3,300 pages long. Over 11,000 exhibits were filed with the Tribunal.

According to Shearman & Sterling, “the expropriation of our clients’ investment in Yukos was achieved through a series of steps, which included paralyzing the Company (notably through the arrest, imprisonment and harassment of its management and employees), manufacturing a pretext for the taking of the Company’s assets (namely, the fabrication of over USD 24 billion in tax debt), using that pretext to take Yukos’ assets piece by piece (beginning with Yuganskneftegaz, Yukos’ crown-jewel asset), and later transferring all of the Company’s assets to Russian State-owned companies Rosneft and Gazprom. This in turn allowed Rosneft to become the nation’s largest oil producer whose current market capitalization is at USD 67 billion. The Russian Federation’s actions culminated in the liquidation of Yukos in November 2007, and the complete and total deprivation of our clients’ investments.”

Founded in 1993, Egorov Puginsky Afanasiev & Partners is the leading full-service law firm in the CIS with offices in Russia, Ukraine and Belarus and associated offices in the UK, the USA and Cyprus.

We combine high academic qualifications, internationally acknowledged moral and ethical values, senior partners' professional experience and practical abilities with the vigour and knowledge of younger attorneys that enables thus providing clients with reliable, first-class service according to both Russian and western standards through a flexible structure.

All News about, and Legal Analysis by, Egorov Puginsky Afanasiev & Partners can be found here.