Restructuring Laws and Regulations in Bosnia and Herzegovina

1.1. What domestic pieces of legislation and international instruments apply to restructuring and insolvency matters in your jurisdiction?

1.2. Do you have a well-established legal regime governing restructuring and insolvency, or do you have rather frequent legislative changes in the area?

1.3. Are there any special regimes applying to specific sectors?

1.4. Were any changes to restructuring or insolvency laws adopted in response to the COVID-19 pandemic? If so, what were they?

There were no changes in the law specifically related to COVID-19. However, the adoption of the new Law on Bankruptcy of FBiH and the introduction of restructuring in pre-bankruptcy proceedings has probably facilitated the process for some companies that may have fallen into crisis due to the consequences caused by COVID-19.

1.5. Are there any proposed or upcoming changes to the restructuring insolvency regime in your country?

1.6. Has your country adopted or is your country considering the adoption of the UNCITRAL Model Law on Enterprise Group Insolvency?

2.1. Is there an insolvency test that triggers certain obligations for directors or officers of the debtor company? If so, what is the test and what are the consequences for failure to meet these obligations?

The management of the debtor is obliged to monitor the financial performance of the company and if the insolvency conditions are met, they are under the obligation to initiate the proceeding, within 60 days. If not initiated, the management may be fined, as well as sued for damages that occurred due to failure to timely file.

2.2. What types of insolvency procedures are established by law in your jurisdiction?

2.3. Who has the right to initiate insolvency proceedings?

2.4. What are the consequences of commencing insolvency proceedings, in particular:

2.4.1. Does management continue to operate the business and/or is the debtor subject to supervision?

2.4.2. Does a moratorium or stay apply and if so, can it have an extraterritorial effect?

2.4.3. How does it impact the existing contracts (e.g., is the counter-party free to terminate them, can the debtor’s pre-insolvency transactions be challenged)?

If the time of delivery of an obligation under a fixed contract falls due after the opening of a bankruptcy proceeding, fulfillment cannot be claimed. The other contracting party with the bankruptcy debtor may assert a claim for compensation for non-performance as a bankruptcy creditor.

2.6. In insolvency proceedings, do specific stakeholders’ claims enjoy priority (e.g., employees, pension liabilities)? Can the claims of any class of creditor be subordinated (e.g., equitable subordination)?

In Federation of BiH and Brcko District BiH, before other bankruptcy creditors, the employees and former employees of the bankrupt debtor, except for the members of the company’s management, members of the supervisory board, and the audit committee, are settled with employment claims incurred up to the date of opening of bankruptcy proceedings in the total gross amount, severance pay up to the amount prescribed by law or collective agreement and claims based on compensation for damages suffered due to an injury at work or occupational disease and family members of an employee who died at work, which is paid in full.

In RS, claims that enjoy priority are:

2) claims of the employees of the bankrupt debtor from the employment relationship for the last 12 months to the day of the opening of bankruptcy proceedings, but only in the amount of the lowest salary established by law and calculated contribution to the lowest salary;

3) claims of workers who exercise the right to compensation for injuries at work and family members of the deceased workers at work, which is paid in full

2.7. What is a timeline for insolvency proceedings and how are they finalized?

2.8. Are there any liabilities that survive the insolvency proceedings?

Should the insolvency proceedings be concluded, but certain assets found thereafter, the court will order that the bankruptcy creditors be settled from such assets in accordance with the rules of the bankruptcy procedure.

3.1. What formal and informal restructuring proceedings are available in your country?

The bankruptcy laws of FBiH, RS, and Brcko District BiH proscribe financial and operational restructuring, which is a procedure led by the court with the aim of concluding an agreement in a pre-bankruptcy proceeding between creditors and debtors on the method of settling creditors’ claims in order to improve the liquidity and solvency of the debtor.

3.3. Who has the right to initiate formal restructuring proceedings?

3.4. What are the consequences of commencing restructuring proceedings, in particular:

3.4.1. Does management continue to operate the business and/or whether the debtor is subject to supervision?

3.4.4. How are existing contracts treated in restructuring and insolvency processes?

3.5. Can third-party liabilities be released through restructuring proceedings?

Submission of the bankruptcy plan, followed by a statement on the plan by the creditors’ committee, the individual debtor, and the bankruptcy trustee

3.7. How are restructuring proceedings normally finalized?

4.1. Do domestic courts in your country recognize foreign insolvency or restructuring proceedings over a local debtor?

4.2. What are the preconditions for recognizing foreign decisions?

A foreign decision to open bankruptcy proceedings is recognized:

a) if it was issued by the court, i.e., a body that has international jurisdiction according to the regulations of the FBiH, RS, and Brcko District BiH.

b) if it is enforceable according to the regulations of the country where it was adopted, even if it is not legally binding,

c) if its recognition is not against the public order of the FBiH, RS, and Brcko District BiH.

A foreign decision on the opening of bankruptcy proceedings is recognized even if it is not legally binding.

4.3. Do domestic courts cooperate with their counterparts in other jurisdictions and if so, what does such recognition depend on (such as the COMI of the debtor, the governing law of the debt to be compromised, etc.)?

4.4. How are foreign creditors treated in restructuring and insolvency proceedings in your jurisdiction?

Foreign creditors in bankruptcy proceeding before a court in BiH enjoy the same rights and the same treatment as domestic creditors.

5.1. Overall, do you have a more creditor-friendly or debtor-friendly restructuring and insolvency regime in your jurisdiction?

We would conclude that the legislative framework for the insolvency proceeding in Bosnia and Herzegovina is rather neutral and should serve both the debtor, should there be an option to continue the business operations, as well as the creditors in their attempt to collect their claims.

Guide Contributors For Bosnia and Herzegovina 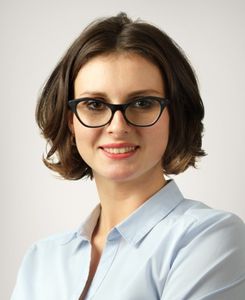 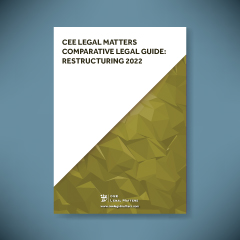