When it comes to land ownership, the law stipulates that Foreign natural persons and legal entities, residents of the member states of the European Union and OECD may acquire the right of ownership and the right to a long-term lease of construction land in the territory of the Republic of North Macedonia in the same manner as domestic legal entities and natural persons, citizens of the Republic of North Macedonia.

Foreign natural persons and legal entities, residents of non-member states of the European Union and OECD may acquire the right of ownership and the right to a long-term lease of construction land in the territory of the Republic of North Macedonia under the conditions of reciprocity.

More specifically, when it comes to the acquisition of real rights over agricultural land the law states that foreign natural persons and legal entities cannot acquire the right of ownership of agricultural land in the territory of the Republic of North Macedonia.

The RE market trends in North Macedonia have been fairly dynamic. Investments in RE are taking place across all RE sector segments: residential, office, industrial, retail, casinos, mixed-use developments, and special-use properties.

The entries in the registry are publicly available on the website of the Real Estate Cadaster Agency. On the website is presented partial data related to the owner of the RE property and the property itself. For more detailed information regarding the RE (whether there are registered encumbrances, etc.) it is necessary to get a property list as a title deed, which can be issued by a cadaster or a notary, and this service is chargeable and such list can be obtained by any third party.

Additionally, the registry of RE, as part of the Central Registry of North Macedonia issues information of informative character on ownership rights, data on land parcels and objects on such parcels, as well as information on liens. However, in accordance with the Law on Personal Data Protection, property lists will not contain the owner’s unique personal identification number (UPIN) when issued to a third person. This is due to the fact that a citizen’s UPIN is protected and may only be processed and issued with prior explicit consent by the relevant person/owner listed in the property list.

Property entries are binding. No person may be deprived or restricted of ownership and the rights deriving from it, except in the cases of public interest determined by law, and the owner has the right of judicial protection. The normative regulation of property lawsuits in the legal system of the Republic of North Macedonia is contained in several laws. Lawsuits for protection of property according to the Law on Ownership and Other Real Rights are the following: ownership lawsuit for return the possession of the RE (rei vindication), a lawsuit by a presumed owner (actio publiciana), a lawsuit against disturbance of ownership (actio negatoria), a lawsuit for protection of co-ownership, i.e. joint ownership, a declaratory lawsuit, and an extraction lawsuit. Lawsuits for protection of the RE right are lawsuits for change, i.e. for deletion of the entries in the Cadaster.

The RE can be acquired either directly as an asset deal between the seller and buyer or by acquiring the shares of the legal entity who is the owner of e RE.

2.5  Registration of change of ownership

After concluding a contract for sale and purchase, the contract is submitted to the municipality for clearance of the property transfer tax. Once the property transfer tax will be paid, the contract for sale and purchase is notarized by a notary public and the notary submits the application for registration of the change in the real estate cadaster after which the purchased will be registered as the owner of the RE and the transaction will be considered as closed.

2.6  Risks to be considered

Usually, the method of financing RE is by taking a loan from a bank and mortgaging the subject RE (mortgage). For that purpose, a pledge agreement (mortgage) is concluded with the bank that finances the purchase of the RE. This is regulated by the Law on Banks, the Law on Contractual Pledge, and the Law on Obligations.

The Macedonian jurisdiction recognizes facilities that can be residential, residential-business, and commercial-residential.

Residential buildings, depending on the number of apartments in them, can be simple buildings or multi-apartment buildings.

All owners of units in such residential buildings should enter into an agreement for regulating the mutual relations regarding the common parts of the building and covering the common costs.

This matter is regulated by the Law on Housing, the Law on Ownership and Other Real Rights, and the Law on Obligations.

5.2  Rights and duties of co-owners

All co-owners are entitled to possess the whole RE, but they can decide among themselves to share the possession of the RE and the exercise of all or some of the co-ownership powers thereto.

The co-owner shall have the right, at any time, to request division of the RE, except at a time when that division would be to the detriment of the other co-owners unless otherwise determined by law.

The co-owner may manage their part without the consent of the other co-owners. Each co-owner, together with the other co-owners, shall have the right to participate in the decision-making about everything that concerns the RE being the subject of ownership (right of management). Where a co-owner takes activities without the consent required from the other co-owners, the rules on acting without an order shall apply. It shall be necessary to obtain consent from the co-owners whose parts constitute more than half of the value of the RE in order to take activities for regular management of the thing. Consent by all of the co-owners shall be required for taking activities that surpass the limits of regular management of the RE (transfer of ownership of the whole thing, change of the purpose of the thing, leasing the thing, the establishment of a pledge, establishment of real servitudes, major repairs and alterations, and alike).

The costs of using, managing, and maintaining the RE and the burdens related to the whole thing shall be covered by the co-owners proportionately to the size of their parts.

The co-owner who intends to sell his co-ownership part shall be obliged, by means of a written proposal through a notary, to offer for sale his part to the other co-owners and to announce the price and the terms of sale.

5.4  Rights and duties of condominium associations

The condominium associations have the following rights and duties:

Executes the decisions of the owners of the units; takes care of regular maintenance and functioning of the common parts; represents the owners of the units in the management matters and on behalf of certain owners submits a lawsuit for release from the obligation to pay, i.e. a lawsuit for borrowing for payment of the costs and expenses of the owner of the special unit; represents the owners of the special units in front of the administrative bodies in the matters of issuing permits and consents and in the procedures for registration of real estate and other administrative procedures, in relation to the residential building and the land, as well as for other matters related to the management; prepares a plan for maintenance of the residential building, a plan with dynamics for implementation of this plan and takes care of the implementation of the plan; prepares a calculation of the management costs of the residential building and distributes the costs among the owners of the separate parts; receives the payments of the owners of special units on the basis of a monthly calculation and pays the obligations from the agreements concluded with third parties; informs the owners of the special units about their work and submits monthly and annual calculations; prepares an annual report for the management of the facility; manages the reserve fund in accordance with the provisions of this law; enumerates and numbers the apartments and reports the entry of the data in the body that keeps the public books of the real estates and should know the standards and norms for accessibility of persons with disabilities in the residential building.

6.1  Form and contents of a lease agreement

The legal rules for leases do not depend on the type of the property, apart from the form of the lease agreement as mentioned above.

6.4  Termination of leases and renewals

The Law on Obligations provides termination of the lease agreement in the following cases:

The lease terminates if the leased assets are destroyed by a case of force majeure.

The lease agreement concluded for a certain period of time terminates with the expiration of the time for which it was concluded.

When, after the expiration of the period for which the lease agreement was concluded, the lessee continues to use the object, and the lessor does not object to it, it is considered that a new lease agreement has been concluded for an indefinite period, under the same conditions as the previous one.

There are no rent regulations in North Macedonia. Also, the rent may be reviewed by the parties in course of the leased period only if such possibility is regulated in the lease agreement.

6.7  Services to be provided together with the lease

The applicable laws do not regulate particular services to be provided together with the lease, but the parties are free to regulate this issue in the lease agreement.

6.8  Fit-out works and their regulation

6.9  Transfer of leases and leased assets

Any party may transfer its rights and obligation under the lease agreement to any third party subject to prior consent from the other party. Also, in the case of transfer of leased assets that were previously handed over to the lessee, the acquirer of the leased assets takes the place of the lessor and assumes the rights and obligations from the lease agreement undertaken by the lessor. 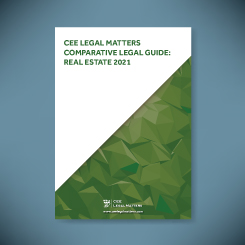 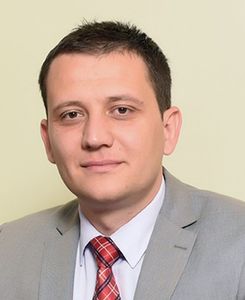