On July 21, 2016, CEE Legal Matters reported that the Science Technology Park Belgrade (STB Belgrade) had been established in Serbia. We reached out to Jelena Stojanovic, Head of Legal at STB Belgrade, for an insider’s view on the Park and her role.

As CEELM reported, the Science and Technology Park Belgrade was founded in partnership by the Government of Serbia, the City of Belgrade, and the University of Belgrade. Can you describe a bit about STP’s corporate structure and its legal team? How big is the legal team, and who does it report to? 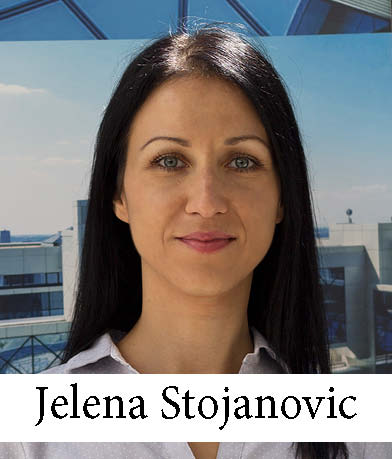 Why did you choose Gecic Law as external counsel for the set-up stage?

J.S.: Based on the Innovation Law of the RoS, Science Technology Park offers infrastructure and business support services to all STP members. Taking into consideration that the mutual rights and obligations of the member and STP are regulated through an agreement, STP Belgrade needed legal assistance in developing these rights and obligations based on the best international practice. Therefore, we chose the Gecic Law Office based on their experience and reputation in setting up similar institutions. In addition, since STP Belgrade is the first science technology park in Serbia [designed] to connect businesses and science in developing new technologies and commercializing innovation, we needed an innovative approach in establishing the institution and developing the relationship with STP members. The Gecic Law Office was very open in establishing new legal practices in cooperation with our legal team and developed a set of documents, including an agreement on the provision of infrastructure and professional services, specific conditions, a list of infrastructure and business support services, a pricelist, evaluation criteria, house rules, etc. We are extremely satisfied with our cooperation with the Gecic Law Office.

Gecic Law reported that it "assisted the park with various legal matters in the process of taking over the management of the science park." Can you elaborate on what specifically those matters were?

J.S.: STP Belgrade was appointed to overtake the management of the Science Technology Park from the temporary management of the Project Implementation Unit that was in charge for the construction of the complex of buildings, based on Government Conclusion 05, no. 022-3124/2015, from March 26, 2015. In that process questions of legal regulation of the company and obligations that STP Belgrade had to undertake based on the law appeared and in that respect STP Belgrade needed legal support from the Gecic Law Office.

What is your personal background? When did you become the General Counsel of STP, and why did you accept the position?

J.S.: I started to work at STP Belgrade few months after the legal establishment of the company, and what motivated me most to join the STP Belgrade team is the fact that this is the first science technology park in Serbia developing a set of services based on the best practice examples. In addition, the innovation and high tech development sectors in Serbia are not regulated extensively, which I see as the opportunity to set up new legal practices by working in this kind of institution.  I have extensive experience in law office  and commercial law,  and I believe that this position will provide me with additional knowledge and experience particularly in the field of international cooperation with other science technology parks around the world.

What sort of legal matters do you expect to arise at the park going forward? Will it be growing/expanding, for instance, or looking to file patents? Anything else in particular?

J.S.: We are constantly working on improving the mutual rights and obligations between STP Belgrade and members, as well as on providing legal support to members in all areas related to their business development. At STP Belgrade there are 30 companies with around 300 employees, each with specific needs and problems in their business development. Our goal is to support them and enable them to focus on innovation development and job creation. The legal team will be dedicated to developing the legal services that our members need most.

Deal 5: Tallinna Linnatranspordi Chairman of the Board Deniss Borodits on Purchase of Compressed Gas for Buses

Deal 5: Tallinna Linnatranspordi Chairman of the Board Deniss Borodits on Purchase of Compressed Gas for Buses

Checking In: Real Estate and COVID-19

Checking In: Real Estate and COVID-19