Covid-19 and Contracts in Bulgaria

How might businesses in your jurisdiction be impacted by the Covid-19 pandemic?

The impact that Covid-19 pandemic might have on different types of businesses is a complex mix of various factors coming into play, including the scope and nature of the security measures enforced on a national, regional, and local level, accompanied by socio-economic relief that will be implemented for most vulnerable businesses.

In its attempt to combat a national outbreak, and similar to many other countries, the Bulgarian Parliament declared a state of emergency on March 13, 2020, an unprecedented act in the democratic history of the Republic of Bulgaria. The overall long term consequences on businesses are not only yet to be determined, but it is highly likely they would vary significantly depending on the type and modus operandi of the business activity.

The response of the Bulgarian government and all public institutions -- trying to enact preventive and proactive rather than reactive measures -- is as dynamic and fluid as the spread of the virus itself. Various options of assistance for the most-impacted businesses are currently being considered.

Medium to small scale businesses and self-employed persons whose activities can not be easily adapted to “home office” and have to completely shut down operations, such as bars, restaurants, fitness centers, cinemas and another kind of establishments not proving goods or services of necessity (food, medical supplies, bank and/or insurance services), are most vulnerable and at high risk of irreparable negative impact. The entire tourism sector in Bulgaria has also been severely impacted, not only by the current and near-future loss of revenue due to the lack and/or cancelation of reservations but in regions with stricter local measures implemented, hotels/guesthouses are prevented from welcoming even the few new guests left and are faced with having to provide full refunds due to the force majeure circumstances.

The emergency closure of borders and/or restrictions on the movement of goods and people would most likely create significant financial risks for any type of businesses whose work activities and/or performance of contractual obligations are related to transportation, logistics, and import/export from or into China, the United States, or any of the other of the affected countries. This pull is much larger than simply airlines and transportation/logistics companies, as it also affects various retailers, manufactures, and others. The highest risk of facing liabilities for non-performance of contractual obligations lies with businesses that will be subject to the residual and/or secondary effects of the measures and might not be able to enjoy the force majeure exception as stipulated in their contracts or the Bulgarian Commercial Act on prima facie basis as they might be facing a higher burden of proof of the causal link as explained in further detail below.

In your jurisdiction, if it becomes impossible for a party to perform its contractual obligations because of an external event beyond its control (such as the Covid-19 pandemic), can that party cancel its contract?

Yes, even if not provided in the contract itself, under Article 306 of the Bulgarian Commerce Act a party whose performance has become impossible due to a force majeure event such as the ongoing Covid-19 disease outbreak may cancel the contract, provided that the following conditions are fulfilled:

In your jurisdiction, if a party’s performance of its contractual obligations is adversely affected by an external event beyond its control (an “FM Event”) but does not become completely impossible, can that party typically seek relief from compliance with its obligations?

Yes, even if not provided in the contract itself, under Article 307 of the Bulgarian Commerce Act a party whose performance has been adversely affected, but not rendered completely impossible, by an unforeseen event may seek relief from compliance with its obligations. Note that under Bulgarian law this circumstance does not represent a force majeure event, but (economic) hardship, and that it is the court which – on the basis of the party‘s request – may amend or cancel the contract (unlike when in case of force majeure event the party may cancel the contract out of court or delay its performance without being held liable for the delay).

For example, a party may petition the court for relief from its obligations under a contract on grounds of economic hardship where the party could still deliver the goods under the service agreement/purchase order, but as a result of the Covid-19 outbreak the costs for the production, delivery, or insurance of the goods has increased substantially in a way neither party could or should have foreseen at the moment of the conclusion of the contract.

If yes, what considerations should be borne in mind by such parties, in particular in relation to:

Any notification obligations (Is the affected party typically required to notify any counterparties of the FM Event within a specific time period?)

In case of (economic) hardship, there are no notification requirements, since the party does not address its counterpart, but submits its request to the courts, which are to rule whether to amend/cancel the contract or not.

Any causation requirements (Is the affected party typically required to demonstrate that it would have performed its contractual obligations but for the FM Event?)

In case of cancellation of a contract on grounds of a force majeure event: yes, a direct causal link is required (circumstances, where such link is presumed, may, however, be included in the contract to shift the burden of proof).

In case of cancellation/amendment of a contract on grounds of economic hardship, not only does the unforeseen event has to be causally linked to the party‘s performance being adversely affected, but also the party has to prove that the performance of its obligations under the contract has been adversely affected to a degree where it has become contrary to the legal principles of fairness and good faith.

Any mitigation obligations (Is he affected party typically required to demonstrate that it took specific steps to avoid the impact of the FM Event as far as possible?)

In order for a particular circumstance to qualify as a force majeure event it should typically be outside of the control of the non-performing party and it should render performance completely impossible. Thus it is practically impossible for the party to make any effort in mitigating the event‘s consequences as these are outside of its control. The same to a varying degree is valid for the (economic) hardship event when cited for grounds of cancellation of a contract – the costs of any steps to mitigate the consequences of the event are to be so significant in their nature, that they should be considered to alter the very economic essence of the contract insofar as they are contrary to any and principles of good faith and fairness. 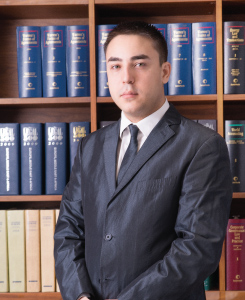 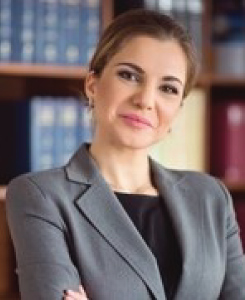 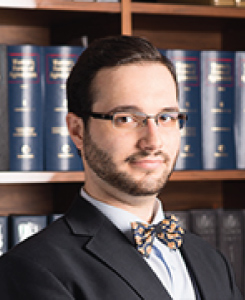 Covid-19 and Contracts in Austria

Covid-19 and Contracts in Belarus

Covid-19 and Contracts in Bulgaria

Covid-19 and Contracts in Croatia

Covid-19 and Contracts in the Czech Republic

Covid-19 and Contracts in Estonia

Covid-19 and Contracts in Hungary

Covid-19 and Contracts in Latvia

Covid-19 and Contracts in Lithuania

Covid-19 and Contracts in Moldova

Covid-19 and Contracts in North Macedonia

Covid-19 and Contracts in Poland

Covid-19 and Contracts in Romania

Covid-19 and Contracts in Serbia

Covid-19 and Contracts in Slovenia

Covid-19 and Contracts in Turkey

Covid-19 and Contracts in the United Kingdom

Contributed by Slaughter and May

Covid-19 and Contracts in Ukraine