Izabela Wisniewska has been hired as Multi Corporation’s new Legal Director for Poland. 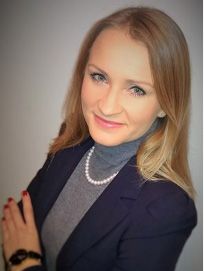 Multi Corporation, part of Blackstone, owns or manages 60 shopping centers across Europe, which combined host more than 350 million visitors spending an estimated 4 billion euros a year in more than 5,200 stores, restaurants, and attractions.

Prior to joining Multi, Wisniewska was the Head of Legal for Poland at Inditex (Zara Polska). Before that, she held her first in-house role with Neinver. She has also worked for Domanski Zakrzewski Palinka for three years and Magnusson for a year.

Commenting on her move, Wisniewska told CEE Legal Matters: "I’m delighted to become part of the Multi team, a leading owner, manager, and redeveloper of shopping centers across Europe. I look forward to working with my colleagues at Multi and supporting their efforts to further strengthen the position of the company in the Polish market."