Romania: Hydrogen Revolution – Are We There Yet?

It is truly remarkable that in the year 1874, Jules Verne imagined that “water will one day be employed as fuel, that hydrogen and oxygen which constitute it, used singly or together, will furnish an inexhaustible source of heat and light, of an intensity of which coal is not capable”. After 148 years, Jules Verne’s dream is slowly becoming reality as it is actively acknowledged by global companies, governments and world leaders.

Hydrogen is the lightest chemical element on earth; it is colourless, odourless and non-toxic. This element is rarely found in isolation in nature since it is not an energy source and therefore must be extracted from molecules (e.g. water molecules).

The most important characteristic of hydrogen is its versatility, particularly regarding how it is produced and used. For this reason, hydrogen is produced from all types of energy sources (coal, natural gas, oil, biomass, renewables, nuclear) using many and varied methods including steam reformation, gasification from biomass, electrolysis and pyrolysis.

Hydrogen is often classified using a special colour code to indicate the fuel used for its production. The colour code can be divided in two categories:

(i) Hydrogen based on fossil fuel:

Hydrogen can be used to carry or store energy so that it can be moved, stored and delivered in various forms. It can be used in four markets: the natural gas market (hydrogen fed into the transmission/distribution system), the mobility market, the electricity market (hydrogen converted into electricity and fed into the national power grid) or the traditional industrial market.

Hydrogen will play an important role in pursuing a low-emission, environmentally friendly, cleaner and more sustainable energy system in order to reach climate neutrality by 2050 as required under the European Green Deal policy. For this reason, the European Union has created a regulatory framework to begin shaping a hydrogen ecosystem supported by valuable financing instruments.

Energy from hydrogen involves a new technology with strong potential to enhance electricity production from renewable energy sources and to act as a means of decarbonizing heavy industries. Therefore, on 8 July 2020, the European Commission laid the groundwork for the regulation of the European hydrogen market by adopting the “European Hydrogen Strategy”.

The strategy constitutes a gradual approach to hydrogen scale-up until 2050, as shown below:

On 14 July 2021, the European Commission presented the “Fit for 55” package, which includes several proposals that could support growth in the EU’s hydrogen energy industry. Such proposals refer primarily to renewable fuels of non-biological origin (RFNBOs), usually liquid and gaseous renewable hydrogen and hydrogen-based synthetic fuels used in transportation sectors such as the aviation and maritime industries.

Fast forward to 15 December 2021, when the European Commission (EC) unveiled a package of gas legislation comprised of a (i) “Regulation on the internal market for renewables and natural gases and for hydrogen” and a (ii) “Directive on common rules for the internal market in renewables and natural gases and in hydrogen”. Both legislative proposals aim to create the optimal conditions for integrating biomethane, hydrogen and other similar renewable and low-carbon-gas fuels into Member States’ energy mix and to create a favourable background for investments and market transactions related to hydrogen.

On 18 May 2022, the EC adopted the REpowerEU Plan to reduce dependency on fossil fuel imports, which will accelerate the development of clean hydrogen and hydrogen-based fuels for European markets by changing the clean hydrogen target from 10 million tonnes to 20 million tonnes by 2030. Subsequently, the EC recently concluded public consultation on the delegated acts of the Renewable Energy Directive 2018/2001/EU aimed to determine (i) the criteria under which the renewables used in the production of RFNBOs could count as fully renewable and (ii) the computation methodology to determine if such fuels would increase the 70% greenhouse gas emissions savings required by the directive.

In terms of financing, the EU has put forward various instruments which aim to support the development of hydrogen energy. At national level, public authorities are currently focused on the absorption of funds under the National Recovery and Resilience Plan and the Modernization Fund.

Regarding the National Recovery and Resilience Plan, the Ministry of Energy launched an appeal to support investments in constructing capacities for green hydrogen production through electrolysis. Romania has a fund of around EUR 150 million available for investment in the production of green hydrogen by electrolysis. The maximum financing per company which can be granted for an investment project cannot exceed EUR 50 million. The projects can be submitted until 31 July 2022, but this deadline is expected to be extended.

The Modernisation Fund is a dedicated funding programme to support 10 lower-income EU Member States, including Romania, in their transition to climate-neutrality by helping to modernise their energy systems and improve energy efficiency. Activities in the hydrogen energy sector that could be funded via the Modernisation Fund as priority investments include:

On 9 May 2022, the Romanian Government approved EGO no. 60/2022 regarding the institutional and financial framework for the implementation and management granted to Romania through the Modernization Fund, which ensures the necessary framework to access the funds granted in accordance with this financial instrument under conditions of maximum efficiency. Overall, the amount granted to Romania is approx. EUR 15 billion in accordance with the price of allowances on which the Modernization Fund is based.

Many EU countries such as Portugal, Spain, France, Germany, Netherlands and Norway have published national hydrogen strategies and are currently implementing hydrogen projects.

Romania has not yet published a hydrogen strategy although certain regulatory provisions on hydrogen have been introduced in the energy legislation.

The above-mentioned provisions are limited and not fully aligned with the realities of the four potential hydrogen markets. Specifically, the legal framework for hydrogen production, storage and transportation must be read in conjunction with a mixture of legal provisions related to energy, dangerous and explosive substances, industrial emissions, environmental, urbanism and construction. However, these provisions have not been adjusted to hydrogen projects and the application of a general framework might create significant barriers.

Although solutions may be identified in order to implement projects at this current stage of legislative and market development, the permitting process is rather long, with significant burdens.

The Romanian authorities’ support is crucial in the development of hydrogen technologies and related legislation.

It is more a question of who will be first: the legislation or the projects. Considering the country’s background as well as the PNRR financing scheme mentioned above, it very well might be that pioneering projects will facilitate the enactment of a comprehensive legislation.

It could be concluded that the major downfall of the existing hydrogen production legislation is not separating the four markets on which hydrogen is utilized, as mentioned under Section I above.

Moving forward, it is noteworthy that hydrogen is associated with a chemical, flammable and dangerous gas, and energy legislation must be read in conjunction with the national legislation which transposes related EU directives on chemicals as well as flammable and dangerous gases. Such national and EU legislation is unclear and inadequate. This is undoubtedly the result of the historical assumption that production of hydrogen (as an industrial gas) is a chemical process involving emissions, which is not the case when for green hydrogen.

There is no definition of “industrial scale” in any EU or national legislation. The term was clarified by the EC, but no quantitative capacity thresholds have been provided, which results in a risk that hydrogen production projects could be subject to legislation that regulates industrial emissions.

Considering that green hydrogen emissions are almost non-existent (0.1%), the application of such legislation does not seem aligned with the actual purpose of clean hydrogen and will require further amendment.

Similarly, with the IED legislation, the application of the environment assessment provisions seems also unintended for green hydrogen (renewable hydrogen) produced via electrolyze.

The entire legislative framework related to construction works applies mutatis mutandis to hydrogen production. In a nutshell, the main steps which must be undertaken are identical to those regarding the development of any onshore energy project, including matters such as PUZ, building permit.

Hydrogen can be stored underground, in salt caverns, in high-pressurized compressed tanks or in chemical compounds. Almost the entire legislative framework incidentally applicable to hydrogen production (as detailed above) applies mutatis mutandis to hydrogen storage.

As a particularity related to hydrogen storage legislation, it is worth mentioning:

In addition, the latest national legislation amending the Electricity and Natural Gas Law has introduced the authorization, rights and obligations of a hydrogen terminal operator.

Due to its versatility, hydrogen can be transported over long distances in a compressed gaseous state by pipeline or in a liquid state via adapted hydrogen terminals or lorries/trucks.

With regard to road transport, which is the most common method of transportation at the moment, the following legal provisions should be considered:

The legislation in force also provides that certain obligations pertaining to natural gas distributors are  applicable to hydrogen. These obligations refer to feeding hydrogen into the system following a prospective study performed by the distributor and the future conversion of the natural gas distribution system into hydrogen distribution infrastructure. Moreover, the Electricity and Natural Gas Law provides that NERA is to determine under which conditions hydrogen is to be fed into the existing natural gas transmission/distribution network. However, no such procedure has been enacted.

In accordance with national and EU legislation on the use of alternative-fuel infrastructure, hydrogen is recognized as an alternative fuel irrespective of production method.

In 2017, Romania put in place the National Policy Framework for Market Development on Fuel Alternatives in the Transport Sector, which was approved by way of a government decision and enacted Law no. 34/2017 on the installation of infrastructure for fuel alternatives including refueling points with LNG, CNG and hydrogen, which will be further implemented by means of national policy frameworks.

However, there are no provisions in force mentioning a specific number of refueling stations to be developed in a certain amount of time or any guidelines related to their construction requirements.

Therefore, almost the entire legislative framework related to the production and storage of hydrogen – as detailed above – applies mutatis mutandis to hydrogen refueling stations, the following being highlighted:

In summary, it can be said that Romanian legislation has certain legal and administrative barriers to the production, storage and transportation of hydrogen. Although solutions can be identified in order to implement projects, at the current stage of legislative and market development, the proper adaptation of the entire legal framework is of outmost importance. 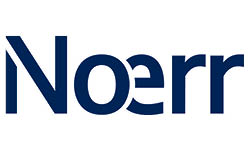